What Is Alcohol Addiction?

Alcohol addiction is a disorder that can affect anyone. Researchers have tried to identify risk variables for alcohol addiction, such as heredity, sex, ethnicity, and socioeconomic status. However, there is no one cause for it. The condition can be caused by psychological, genetic, and behavioral reasons. 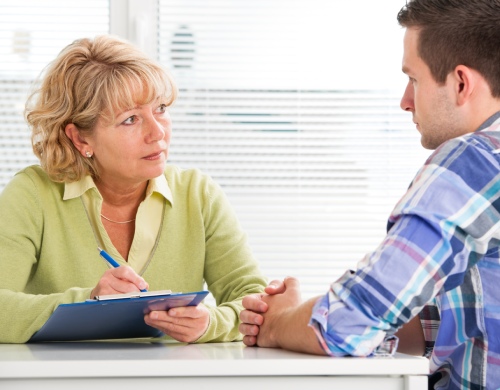 According to the National Institute of Alcohol Abuse and Alcoholism’s 2019 data, 25.8% of adults aged 18 and over reported binge drinking. An estimated 14.5-million people live with an alcohol use disorder (AUD), but less than 10% receive treatment for alcohol addiction.

These abuse statistics show that excessive alcohol use is a growing problem exacerbated by the COVID-19 pandemic.

Alcohol use disorder is a drinking habit marked by problems with self-control, alcohol preoccupation, or drinking alcohol even when it causes problems. Other signs of this illness include needing more alcohol to achieve the same impact or experiencing withdrawal symptoms when drinking is abruptly reduced or stopped. A level of drinking frequently referred to as alcoholism is a component of alcohol use disorder.

The National Institute on Alcohol Abuse and Alcoholism use the following categorizations of alcohol misuse:

What Are the Symptoms of Alcohol Abuse and Alcoholism?

Alcoholism can be challenging to identify. Alcohol is easily accessible and tolerated across many cultures, unlike drug abuse. It frequently occupies the center of social interactions and is intimately connected to celebrations and entertainment.

For many individuals, drinking alcohol is a way of life. When drinking is accepted in society, it can be challenging to distinguish between someone who enjoys socially drinking and someone who has an underlying problem.

The National Institute on Alcohol Abuse and Alcoholism has found there to be a variety of signs and symptoms. These include:

Consuming a lot of alcohol is one of the most obvious warning signs of alcoholism. Excessive drinking is a clear symptom of an alcohol misuse problem, regardless of whether you have increased your alcohol intake or been drinking heavily for a while.

Heavy drinking, binge drinking, or both may be considered excessive drinking:

When you become addicted to alcohol, drinking takes precedence in your life. You spend a lot of time and thought on getting alcohol, using alcohol, and becoming sober.

Due to your drinking issue, you can start to disregard other obligations. These are some potential manifestations of this:

Impaired Control Over Alcohol Use

Alcohol alters the reward system in your brain when you consume it. The reward pathway aims to make life-sustaining behaviours, such as eating and having sex, enjoyable so that humans desire to repeat them.

Typically, a tiny quantity of the chemical dopamine is released by our brains when we engage in behaviors that help us stay alive. Dopamine gives you a positive feeling and encourages you to continue the behavior.

By taking over the reward system, alcohol consumption floods the brain with dopamine. Alcohol cravings that are substantially stronger than usual can result from frequent drinking.

It can be challenging to resist these desires, so you can find yourself drinking even when you don’t want to. You might believe that you no longer have control over your drinking. These urges are more likely to come on in reaction to specific triggers, such as going to a bar where you frequently drink.

Alcoholism’s loss of control can take many different forms. You might experience: 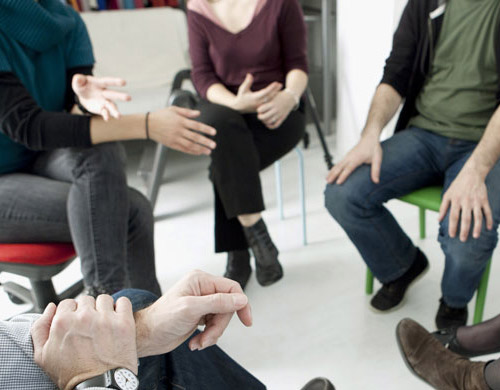 Using Alcohol As a Coping Mechanism

When you drink in a healthy, casual way, you do so because you like it. Perhaps you prefer the flavor or the social aspect.

Conversely, alcohol use disorder symptoms include drinking alcohol as a coping method for other mental health conditions. Your dependence on alcohol to deal with challenging circumstances or emotional anguish may increase. Long-term alcohol use may worsen mental health problems, starting a vicious cycle of deteriorating mental health and alcohol abuse.

If you have a drinking problem, you may prioritize drinking over everything else, even your relationships. According to research, substance abuse can result in unstable relationships, verbal and physical aggression, and general relationship dissatisfaction.

Alcohol has a variety of adverse effects on relationships, including: If you have a physical alcohol addiction, stopping drinking usually results in several withdrawal symptoms. These signs may start to show up six hours after your last drink. Early signs could include:

Alcohol-Related Crimes in the US

One big risk factor is that alcohol impairs your judgment and can make you more likely to engage in dangerous activities. It also affects your impulse control and can make you more prone to violence. 2005 to 2007 saw a steady increase in alcohol-related crimes, rising from 17.9% in 2005 to 18.7% in 2007.

Alcohol-related crimes reached a peak in 2008, accounting for 19.4% of all crimes, after the collapse of the US housing bubble and the economic downturn that culminated in the global financial crisis.

Some of the crimes that are most likely to be committed under the influence of alcohol include assault, intimate partner violence, child abuse and neglect, homicide, and sexual assault.

Deaths Related to Alcohol Abuse in the US

During the period 2015 to 2019, more than 140 000 people lost their lives due to excessive alcohol consumption. This equates to 380 people a day. The people who died had their lifespans reduced by an average of 26 years. The demographics affected the most were adults over the age of 35 and males. The deaths were mostly due to chronic alcohol consumption, such as cancers and heart and liver disease.

Binge drinking accounted for premature loss of life in half of the total years of life lost through causes like suicide, motor vehicle crashes, and poisonings. In 2010 excessive drinking cost the economy $249-billion. Alcohol’s Effect on Our Economy

California has the largest alcohol economy in the United States. There are 92 000 alcohol licenses which account for 7% of California’s businesses. The State and excise taxes on the sale of alcoholic beverages generates more than $376-million per annum in revenue for the State.

Off-premises sales of alcohol increased by 20% every week in California from March 2020 to 2021, prompting California’s Department of Alcoholic Beverage Control to introduce a new string of legislation.

During the pandemic, California’s wine sales increased in volume by 1%, with a total of 240.3 million cases shipped across the United States, with an estimated retail value of $40-billion. Including exports, California’s wine market increased by 2% compared to 2019, with a total of 279.2-million cases. The increase in sales is attributed to the closure of restaurants and bars and an increase in availability in retail and grocery stores for home consumption

Alcohol’s Effect on the Family

The exact number of people born with fetal alcohol syndrome (FAS) is unknown, but efforts have been made to research its prevalence. The CDC statistics for FTA were calculated using medical records and estimated that 0.2 to 1.5 infants in every 1,000 live births are born with FAS.

When in-person assessments have been carried out on children of school-going age, higher estimates of 6 to 9 per 1,000 have been reported in some communities. It is further estimated that FAS costs the US economy $4 billion per annum (2002 data), and the lifetime cost for an individual born with FAS is $2 million. 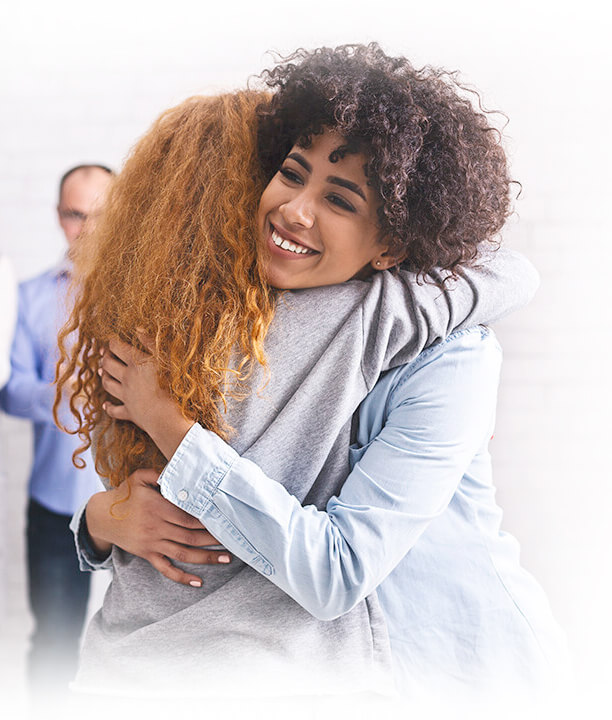 The Morbidity and Mortality Weekly Report released in 2022 revealed that 14% of pregnant women reported drinking, and 5% reported binge drinking in the 30 days before the survey.

Pregnant women with frequent mental distress, defined as having 14 or more days of poor mental health in the preceding 30 days, and those who didn’t have a regular healthcare provider were more likely to report using alcohol.

California is the United States’ biggest alcohol market, causing 10 572 alcohol-related deaths and 304 472 years of life lost in 2013. Between 2011 and 2020, the state of California has managed to reduce the number of adults binge drinking from 18.6%, which was higher than the national average, to 18%.

The California Department of Alcoholic Beverage Control has taken a strong position against underage drinking, introducing a string of penalties to curb the problem of premature alcohol-rated deaths in young people and underage patrons, revoking liquor licenses, and issuing fines to the licensee and the underaged person.

US Alcohol Strategy for the Upcoming Years

Healthy People 2020 has been developed to reduce the number of alcohol-related deaths and the proportion of people engaging in binge drinking patterns and excessive alcohol consumption. It seeks to educate people about alcohol poisoning, and related health consequences, as well as the number of people who die from alcohol per capita in an attempt to decrease annual alcohol consumption. One of its objectives is to enforce the legal blood alcohol limit and reduce alcohol-induced driving fatalities.

In addition, policymakers have called for an increase in state taxes on beer, wines, and spirits, as well as increased liability for the sale of alcohol to intoxicated adults and underage patrons. Members of the public have been encouraged to comply with the guidelines of the Community Preventive Task Force to manage their drinking patterns.

Healthy People 2020 has been developed to reduce the number of alcohol-related deaths and the proportion of people engaging in binge drinking patterns. It seeks to educate people and reduce the number of people drinking excessively to decrease annual alcohol consumption. One of its objectives is to enforce the legal blood alcohol limit and reduce alcohol-induced driving fatalities.

In addition, policymakers have called for an increase in state taxes on beer, wines, and spirits, as well as increased liability for the sale of alcohol to intoxicated adults and underage patrons. Members of the public have been encouraged to comply with the guidelines of the Community Preventive Task Force to manage their drinking patterns.