The Cure for Alcoholism

A common question among people struggling with alcohol addiction is if there’s a cure for alcoholism. We’ll look at alcoholism as a condition, how it affects the brain, and what you can do to manage it. 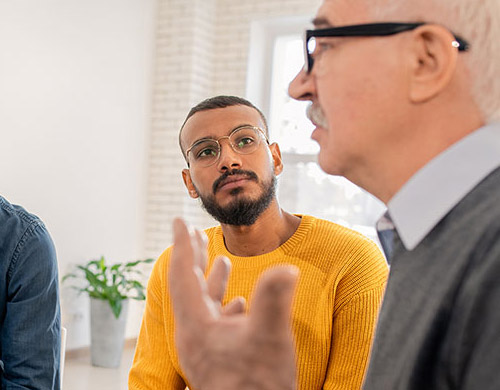 Alcohol use disorder is when you can’t control how much alcohol you consume and have difficulty in controlling your emotions when you don’t drink it. Similarly, you can’t stop drinking despite the negative health, occupational, and social effects.

Can It Be Cured?

A common misconception is that you can control your drinking habits with willpower, but it’s not a problem you can tackle without support. Rather, it’s a chronic brain disorder that causes permanent changes in the central nervous system, making it harder to quit. As a chronic disease, it’s progressive and long-lasting with no cure. But that doesn’t mean there’s no hope to recover, as in other conditions like heart disease and diabetes.

Medical professionals working in the field of addiction recovery explain that abstinence is the only cure for alcoholism. However, curing a condition implies that the body is back to the way it was, which isn’t the case when you recover from alcoholism. Hence, a more accurate statement would be that alcoholism can be treated, which calls for controlling a problem to reduce its symptoms.

The Biochemistry of Alcoholism

Just like in other drugs, prolonged alcohol use leads to changes in the brain’s bio chemistry. When you suffer from an alcohol addiction, the brain’s pleasure centers and neurotransmitters, which are responsible for stimulating the brain, become dysfunctional. While you can stabilize neurotransmitter levels with time, neural pathways that developed as a result of drinking alcohol will always remain.

Of course, treatment can still help. During recovery, the brain will develop new neural pathways as they experience pleasure from new activities besides drinking. Nevertheless, a lack of symptoms doesn’t mean that the condition is cured. That’s why many people struggling with alcohol addiction need appropriate support after recovery to stay sober.

Once you develop a dependence on alcohol, quitting suddenly can be dangerous, especially if you’re not under the supervision of healthcare professionals. Often, people suffering from alcohol use disorder or chronic alcohol abuse experience withdrawal symptoms when they stop drinking. These symptoms can include loss of appetite, mood swings, anxiety, and insomnia.

As the withdrawal period increases, symptoms grow more severe and result in delirium tremens, which includes a group of life-threatening complications. Typically delirium tremens includes seizures, delusions, and auditory or visual hallucinations. This makes it important to undergo a systematic treatment process. 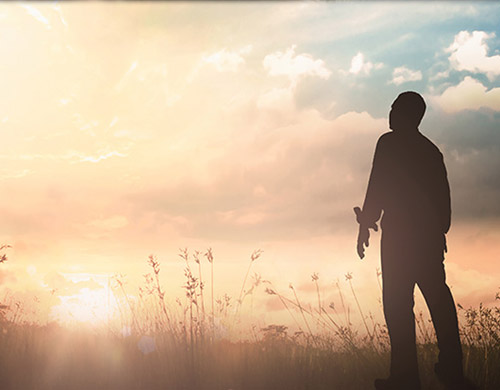 Alcohol Detox Medications are often prescribed in conjunction with a complete treatment plan as they don’t act as a standalone cure. Current medication that’s available as part of the addiction recovery process is only suitable to alleviate withdrawal symptoms or reduce cravings.

Also, using medication without changing your drinking habits can lead to more serious problems. If your doctor writes a prescription, it will also be followed by medical advice to get seek a professional therapist.

Some of the medications used for treatment of alcoholism include the following:

This formula is prescribed to people who recovered from alcohol use disorder and are abstaining from alcohol. It helps maintain abstinence and prevent relapses by reducing levels of a specific chemical in the brain that causes cravings for addictive substances.

Disulfiram is mainly a medication to prevent relapse in individual struggling with alcoholism, but it can also discourage them from drinking. By making alcohol consumption an unpleasant experience, it encourages people suffering from chronic alcohol abuse to practice abstinence.

The formulation reacts with alcohol to cause unpleasant physical reactions like nausea. It also prevents the liver from metabolizing alcohol, causing all the alcohol to enter the bloodstream. This way, it causes a hangover just minutes after having a drink. It’s important to take this medication alongside counseling to treat alcohol use disorder.

Most people receiving treatment for alcoholism are prescribed naltrexone, which helps manage alcohol dependence. These were first introduced in 1965, and you can take them by both oral medication and injections.
It reduces the intensity of addiction by blocking the brain’s alcohol receptors, which reduces the substance’s pleasurable effects. Typically, a course of naltrexone medication lasts half a year, during which it reduces a person’s alcohol consumption. It can also be prescribed after undergoing rehabilitative therapy as a way to prevent relapsing.

Another medication used during the treatment process is nalmefene, which works by blocking the brain’s opioids receptors. It effectively decreases cravings for alcohol by curbing how much pleasure the brain perceives from alcohol. Because of this, it acts as a way to reduce problematic drinking behavior and isn’t a cure on its own.

Besides undergoing detox and taking prescription medication, it’s important to see a therapist to learn new strategies that help you stay sober. Using different techniques, counselors can teach you different ways to change behaviors that trigger alcohol cravings, alleviate stress without drinking, and achieve your goals. Moreover, they encourage you to build a strong support system that promotes a culture of sobriety.

Despite achieving sobriety, some emotional states or events can trigger a relapse. It’s important to know about these triggers and which ones affect you specifically. This allows you to come up with effective strategies to manage your feelings without turning to alcohol. Some common triggers include: 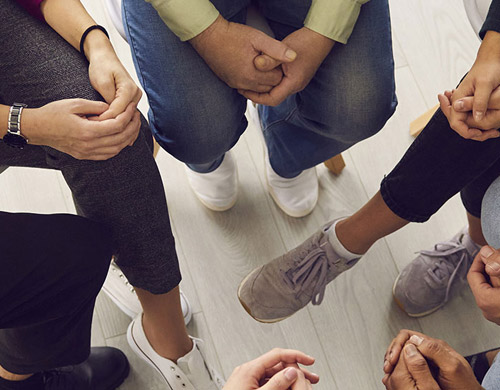 While completing treatment for alcohol addiction is a major accomplishment, it’s just the start of your lifelong journey of staying sober. While treatment programs can be highly effective to encourage sobriety, many people require a long-term maintenance program to remain sober. Many people develop a dependence on alcohol because they used it as a way to cope with mental health struggles. Seeing a therapist for these issues is one way to help abstain from alcohol.

We can help you get better. Together, we can work on your recovery process, build up your confidence and you can regain control over your life!
Contact us now to ask about our addiction and alcohol abuse treatment programs including support groups now!